Our Soldier is a documentary about an emotional bond between two continents: a bond that is still strong 70 years after the Second World War. The filmmaker’s parents give an anonymous American soldier a face by adopting his grave in the Netherlands. Another adopter relives her personal memories of the birth of the adoption program in 1945. A film about the impact of war and liberation on ordinary people, which leaves its traces even generations later. 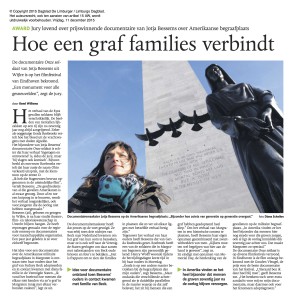